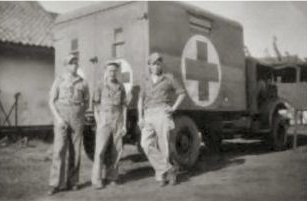 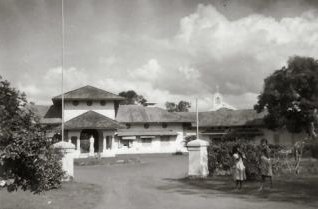 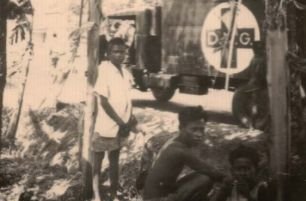 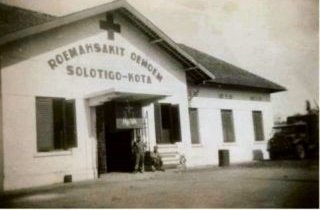 31st Field dressing Station was raised on 17th September 1947 on the Sijpestein Kazerne in Utrecht and was made up of OVW’s and conscripts. After receiving their basic training the 31st Field Dressing Station sailed for Dutch East India on 28th December 1946 onboard MS. De Sloterdijk. And arrived in Tandjong Priok on 24th January 1947 were they were stationed in a camp for acclimation. On 10th February 1947 they arrived in Semarang onboard a ship from the K.M.P.
Here they were put to work and get some experience on the Juliana Hospital. Just taken over from the British when they left. With the 1st Police Action the 31st Field Dressing Station moved to Salatiga were they set up a complete hospital. Their main job was to receive and tread the soldiers who got wounded from the plenty ambushes and landmines. But also to tread soldiers with illnesses like malaria and dysentery. Other task fulfilled by the personnel was to participate in patrols as medics.
They were a very welcomed sigh on arrival. Because before that all the Tijger Brigade had was the Brigade doctor the doctors from the different battalions and medics from those units. And there where no official place to take care of wounded and ill except at battalion level and doctor Neuberger at the St. Elisabeth Hospital. But they had solved the problem with personnel from the battalions and Ve Veldambulance and two redcross teams sent from the Netherlands. So the Ve Veldambulance was disbanded on 1st July 1946 and the Military Hospital Semarang under the Territorial Commander was created.
Not all the jobs fulfilled by the Field Dressing Station was for the military. They also sent teams around in the different kampongs an operation to win the heart and minds of the people. With policlinics, daily health caring fighting pest and other daily illnesses.
When Djokja was secured during the 2nd Police Action in 1948 the 31st Field Dressing Station opened a hospital here in cooperation with the one of Dr. Yap. But when it was decided to turn the town over to the Indonesians again they left on 28th June 1949 together with the rest of the Dutch forces. The wounded were flown to Batavia while the 31st HupVa was moved to Magelang. When this place had to be left they moved to Salatiga on 18th December 1949. From here they left Dutch East India on 3rd January 1950 onboard Johan van Oldebarneveldt.