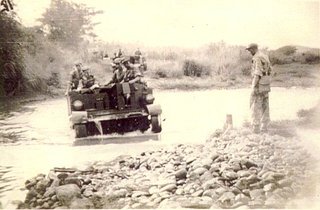 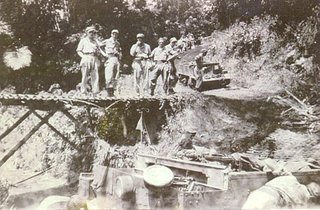 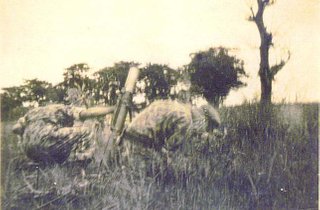 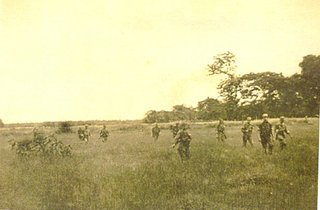 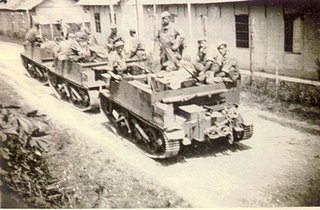 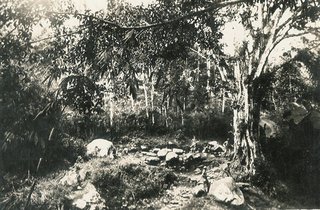 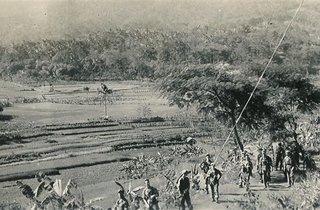 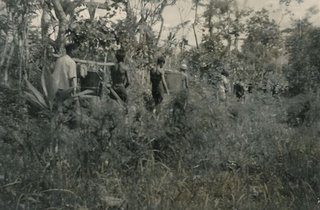 For the 2nd Police Action the 411th Infantry Battalion Infanterie was concentrated in Semarang and transported to Poerwokerto. In Poerwokerto the 2nd and 3rd Company was attached to Colonne V. Beside this two companies Colonne V consisted of a company from 4-6th Infantry Regiment advancing behind 3-11th Infantry Regiment towards Bandjarnegara. After some heavy fighting Bandjarnegara was seized on 21st December 1949. 2nd Company 411th Infantry Battalion Infanterie stayed behind in Bandjarnegara when the advance on Wonosobo continued next day. Wonosobo was seized late in the day on 22nd December 1949. On 26th December 1949 the Staff and two companies was stationed in Bandjarnegara while the Support and the Staff Company was stationed in Poerworedjo and a Company in Wonosobo. The battalion participated in different search actions especially around Bandjarnegara. On 1st January 1949 the 411th Infantry Battalion was stationed with the Staff and 2nd Company in Boemiajoe, 1st Company in Proepoeg, 3rd Company in Poerwokerto and 4th Company in Adjibarang. Again the battalion was used in different search actionslike at Karanggoede Koelon, Kalimanah and farther north along the way to Bobotsari. Now and then it was used to guard convoys. Also now and the dislocations took place. Like the 1st Company was moved from Proepoeg to Boemiajoe. On 11th February 1949 the 2nd Company come under Command of 4-11th Infantry Regiment while and 3rd Company was put under Command of Commander W-Brigade and stationed in Keboemen and Poerwokerto.

On 25th May 1950 the 411th Infantry Battalion left what now become the sovereign state Indonesia onboard the “General Greely” arriving in Rotterdam on 18th June 1950.